To be remembered for a lifetime 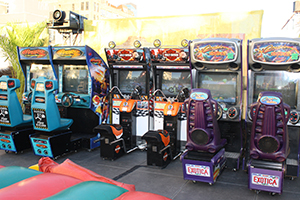 Two people step up onto the dance platform and follow the steps of the dancers on the 35” video screen. The better you follow the dance steps, the higher your score and the faster you dance. Requires: 8′ x 10′ Area, 15 Amp Circuit & No Stairs 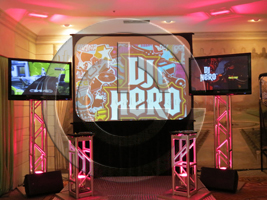 Similar to the Guitar Hero games; The DJ controller will consist of a wireless deck of a movable Turntable that supports 3 “stream” buttons, an effects dial, a crossfader, and a “Euphoria” button; The Notes will travel in an arc across a spinning record on screen, and the player will hold down one of the 3 stream buttons to play notes; The player must also constantly adjust the crossfader to match on-screen symbols. The Setup is Dynamic Includes [2] 42” Plasma Screens on Truss Stand with [2] DJ Coffins. Players Battle DJ each other looking to see who will be in the big time Requires: 8′ x 8′ Area, 20 Amp Circuit 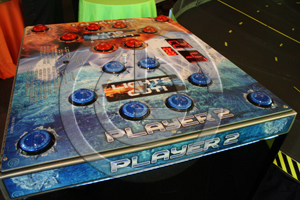 Today’s Version of Whack-a-Mole With Lights – better yet, battle your friends by seeing who is the fastest at knocking the lights out! Requires: 6′ x 6′, 20 Amp Circuit 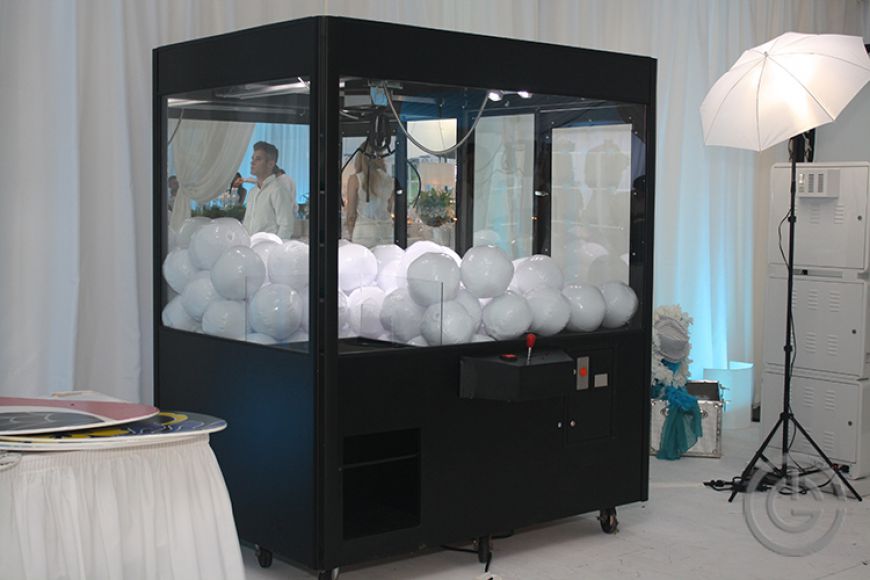 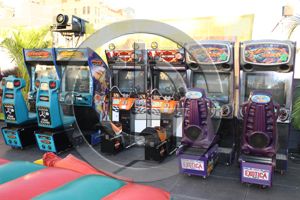 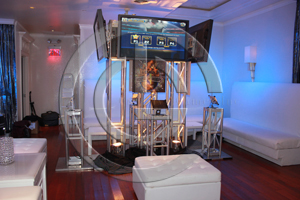 Giant touch screen game system with over 50 different apps that allows your guests to have the awesome experience of their choice. Requires:4′ x 6′ Area, 20 Amp Circuit 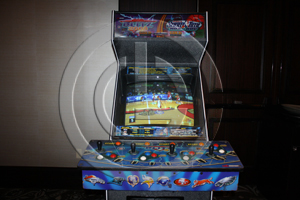 NFL Blitz is a cartoonish, yet incredibly addictive football video game. There are almost no rules; pass Interference, late hits, celebrating after the play are not only allowed, but encouraged. The game takes things like gravity and reality and tosses it out the window. On certain plays, the quarterback can throw across the entire 100 yard football field, and players can dive 10 yards in order to make a tackle. Also, defensive players can go for the facemask and throw the offensive player down. NBA Jam has exaggerated the nature of the play – players jump many times above their own height, making slam dunks that defy both human capabilities and the laws of physics. There are no fouls, free throws, or violations except goaltending and 24 second violations. This means that the player is able to freely shove or elbow his opponent out of the way. Additionally, the game has an “on fire” feature, where if one player makes three baskets in a row, he becomes “on fire” and has unlimited turbo, no goaltending, and increased shooting ability, until the other team scores (or the player scores four consecutive baskets while “on fire”). Requires: 8′ x 8′ Area, 15 Amp Circuit 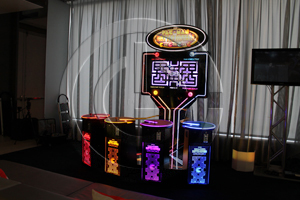 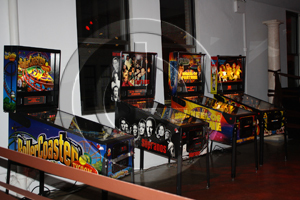 Players control a “claw” like crane and pick up candy or stuffed animals and maneuver it into the bin to win the prize. Requires: 6′ x 8′ Area, 20 Amp Circuit 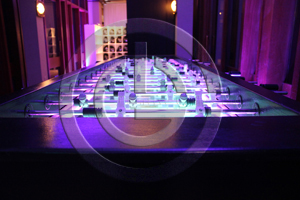 1 of a kind 10 player video foosball table 10ft long with the ability to play any video be it created, supplied or hooked into the main screens. Requires:6′ x 12′ Area, 20 Amp Circuit 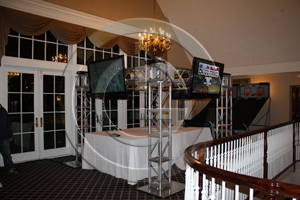 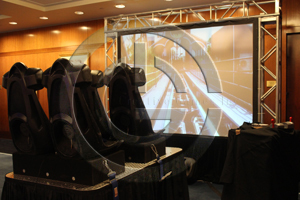 Now you and your guests can feel the thrill of a roller coaster and/or any number of heart pumping thrill rides with the safety of hydraulic moving seats and 3D goggles. Nothing is more crowd pleasing! Includes: Two Attendants & VR goggles Requires: 10′ x 10′, (2) 20 Amp Circuit